U.S. Census estimates as of 2017 were painting a different story though. With 27 of the 30 counties in the state that are designated as rural (non-metro) seeing population declines from 2010.

Part of the discrepancy could be that project models aren’t perfect, or expose the big argument of what is “rural.” Some of rural’s population decline could be linked to success. When counties that were historically considered rural see urban sprawl on their borders, it can change their designation to a “metro” county. Moving tens of thousands of people from a rural to metro designated total.

When you have a suburban sprawl from a major city like Chicago, or Charlotte extending into an area, sure forty or eighty thousand people doesn’t add a lot to a a few million, but in states where some rural counties Cameron, or Forest Counties in Pennsylvania, have less than 10,000 residents, it can flip state wide numbers from slow growth, to major decline. 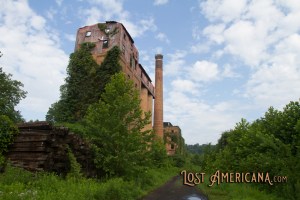 The Old Overholt Distillery; One of the Coolest Places I’ve Photographed

Send me on my way – Win a free signed photo

August 11, 2017 / Vincent D. Johnson
Lost Americana is going east this August – make a suggestion on where and win a free photographic print. It has only been two years since I made a trip
Read More
« Prev12Next »