Iowa wants to be known as more than a farming state and rightfully so there is plenty else going on there, but while raw agricultural products only make up 3.5% of the state’s GDP, as much as 25% of the GDP can be attributed to businesses affiliated with agriculture.

In recent years Iowa has produced as much as 19% of the total corn production in the US. They are also a major producer of hogs.

A 2014 study by Iowa State University showed that the majority of communities in Iowa were shrinking. Where cities with 500 or less citizen saw an average of 3% decrease between 2010-2013.

Because it’s the first in the nation for primary voting in elections, presidential candidates often try to visit each county in Iowa. More people probably know the total number of counties in Iowa than they know their own state’s total because of this.

What many don’t know is, out of those 99 counties 71 are on track to have less people for the 2020 census than there were as of 2010. Counties like Emmet, Audubon, & Adams are on pace to lose 10% each. With another 10 counties growth rate just above zero, this leaves only 18 of 99 counties that are actually growing in the state. 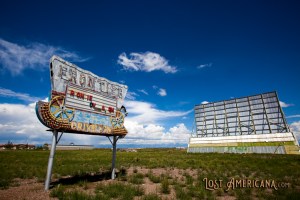 May 3, 2020 / Vincent D. Johnson
As social distancing becomes the norm, are drive-ins are making a return. Sadly it may may not last.
Read More