Arkansas has always been a very rural populated state, at the turn of the twentieth century 90% of the state was rural, about a third more, compared with about 60% nationally. And while that number has fallen to 44% as of 2010, the percentage of the states rural population is now double that of the nation as a whole.

With some of that percent difference being attributed to the growth of urban areas you might think Arkansas isn’t being hit that hard by rural population decline, but 54 out of 75 counties in the state lost population between 2000 & 2010. Most of which were rural. None them hit harder than those in the part of the state known as the Delta region, an area along the eastern side of the state bordered by the Mississippi River which typically includes the county on the river and the adjacent county to the west.

From 2000 to 2013, every county in that region saw a decline. Some like Monroe & Phillips county saw over a 20% decline, mostly attributed to outward migration. In 2016 Lost Americana traveled through parts of the state including the Monroe, Phillips and even Jefferson county which is one of the rare southern urban areas that is seeing a population decline. The city of Pine Bluff saw the the second largest population decline of a city in the U.S. between 2010-2015. 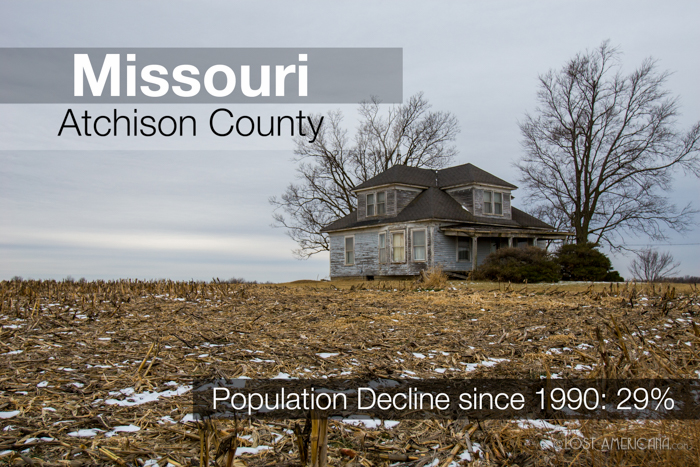