How many Centervilles, does it take to get to the center of Ohio?

We all know that there are hundreds upon hundreds of towns with a street named Main. And thanks to the Simpsons, we know there are quite a few Springfields in America (33 in 25 different states). In general though it’s a pretty strong belief that each town is unique for its state. Or is it?

Many of you know I’m a sucker for historical markers, but maps may have been my first love. What really makes them great isn’t that they just get you places, but you get to discover things without even going to a place. So as I’m traveling, or cataloguing the photos I’ve taken, looking at maps is something I do often.

Few things get me more excited than a good place name too. Grand Detour, Illinois? Yes, please, I’m turning to go there. Blue Earth County, Minnesota. Sign me up. Smith Center, Kansas (geographic center of the lower 48 states), you had me at hello. So while driving along U.S. Route 35 in southern Ohio, you know I’m going to turn off when I see a town called Centerville.

With an estimated population of 99 (as of 2017), Centerville, also known as Thurman (more on that later), didn’t have much to photograph. A cute old general store (Ruff’s Grocery) which wasn’t open when I drove through, a vacant school building that looks to be private property now, along with some homes, a post office and the old barn I photographed on the way in. Going through Centerville was a pretty quick trip.

What I did find interesting about Centerville/Thurman, happened later on when I searched the name the results came back for a much larger town. The town of Centerville in Montgomery County. A suburb of Dayton with over 22,000 residents. I doubled checked my notes thinking that maybe Centerville had a unique spelling like “Centreville”, but my notes and the GPS tag took me to a location on the map called “Centerville.”

After a little searching I noticing a subtle link in the Wikipedia page on Centerville in Montgomery County, which is where I came across the fact that there are no less than 4 areas in Ohio that are currently, or have been referred to as Centerville. The first two are mentioned above, but all are hold overs from a time before U.S. Board of Geographic Names was formed in 1890.

The fourth town is currently know as Lees Creek in Clinton County, which has been called that since 1816, but was originally known as Centerville. There seems to be no current markers designating anything in that area with the name Centerville.

A fifth location in Ohio named Centerville was platted in 1851 on the edge of Wayne & Holmes County. Today it is nothing more than a few house at an intersection on teh county line, but if you take Main Street south out of Sherve, you’ll run into Centerville Rd which will take you there if you head west.

I wasn’t able to find any information on why the board chose how it did, although I’m sure being larger and founded first weighed heavily into the decision. The end result is the smaller Centerville was in for a name change and that name became Thurman. A Wikipedia entry also makes reference to the village being recognized as Ridgeway by the board and a reference to the spelling possibly being “Centreville” at one point.

While my paper Rand McNally U.S. Atlases lists Thurman, and a vintage map from the early 1900s also lists Thurman, to this day a trip through the town can still be a little confusing as the post office refers to both Thurman and Centerville and the of course with the two most common maps used now days being Google & Apple, whom both list Centerville, not Thurman, you have to wonder if Thurman will need to change some street signs soon.

I think what might be even more surprising than giant tech companies on the West Coast messing up maps in Middle America, is that not one of the Centervilles is near that actual center of Ohio.

BONUS: The Simpsons did it! 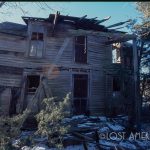 A Rare Find In Rural Kansas

The "BOOM" in Rural Population Growth 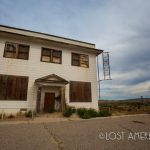 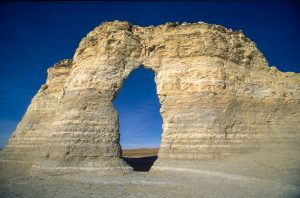 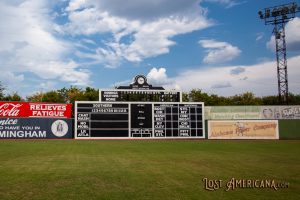 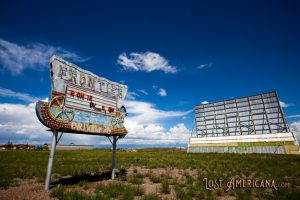 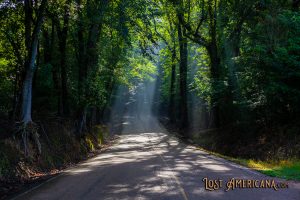